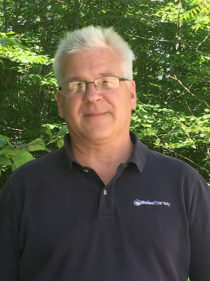 Jason Earley was educated alongside his co-owner Chuck at S.U.N.Y. Cobleskill, and graduated in 1992. He has since started two successful landscape contracting businesses, that have led to a career encompassing many challenges within the industry.